Aaron Dantowitz is Senior Litigation Counsel in the Ontario Securities Commission’s Enforcement Branch, where he participates in regulatory investigations and proceedings, and related court matters. Prior to joining the OSC, Aaron was a partner at Stockwoods LLP, practising civil and administrative litigation. Aaron is a past Chair of the Ontario Bar Association’s Administrative Law Section, was an adjunct professor of Administrative Law at Osgoode Hall Law School from 2018-2022, and has also co-taught administrative law in Osgoode Professional Development’s LLM program. From 2007-2021, Aaron was Managing Editor of the Advocates’ Journal. In 2002-2003, Aaron was a judicial law clerk, supporting judges of the Court of Appeal for Ontario.

Bryant Greenbaum is a lawyer and academic. He completed his law degree at Osgoode Hall Law School and he completed his PhD degree at the University of Cape Town in South Africa. Formerly he was the Director of Legal Services at the African Canadian Legal Clinic, and the Director of the Integrated Justice Cluster with the Department of National Treasury, in South Africa. 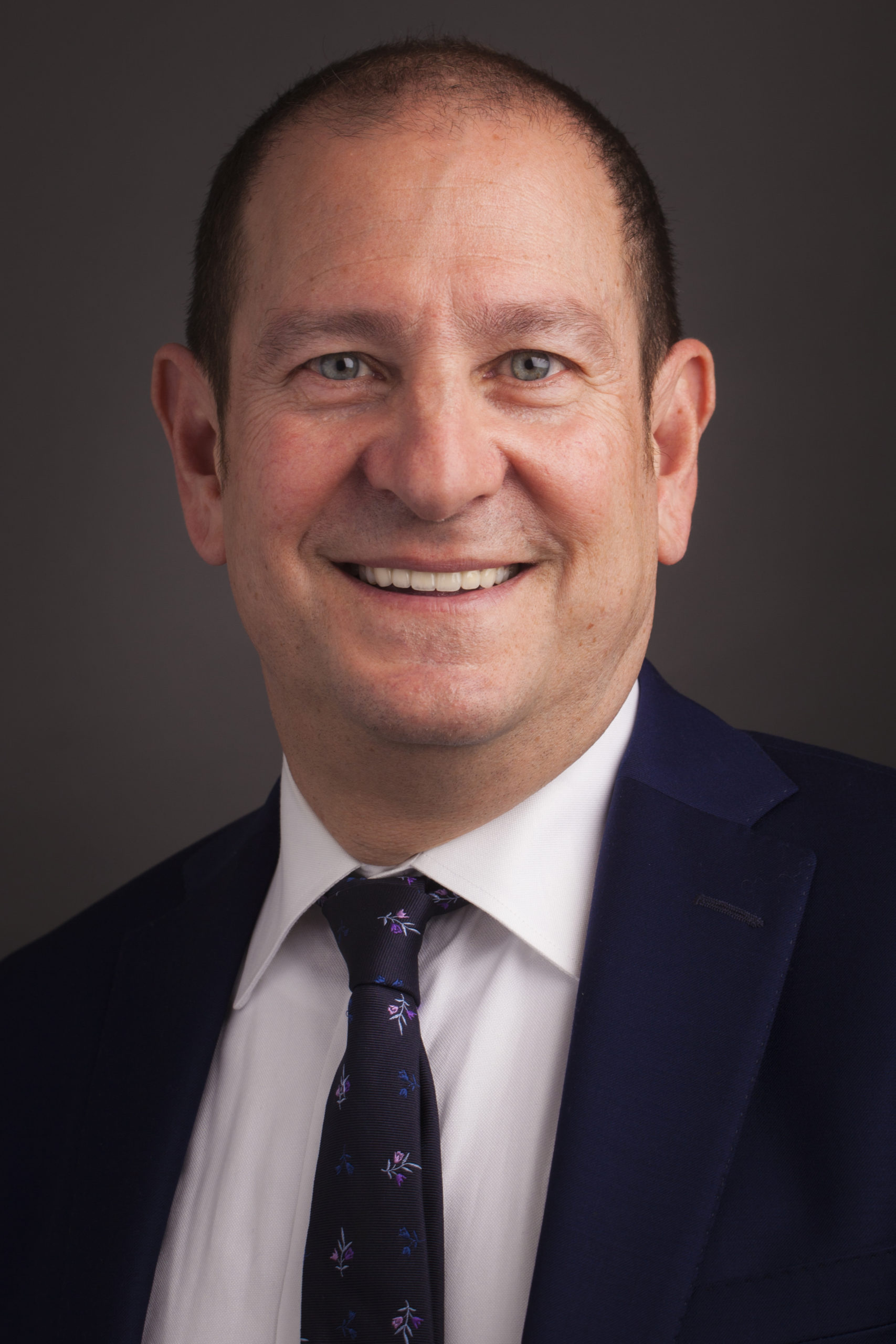 David Goodis is Assistant Commissioner (Policy & Corporate Services) with the Information and Privacy Commissioner of Ontario. David is a graduate of Western University’s law school and was called to the Ontario Bar in 1988. David has represented the IPC in hearings before the Divisional Court, the Ontario Court of Appeal, and the Supreme Court of Canada.

David recently co-authored the 2017-2018 Annotated Ontario Freedom of Information and Protection of Privacy Acts, and teaches Canadian administrative law to foreign-trained lawyers at the University of Toronto’s Faculty of Law.

IAN GREENE is the Master of McLaughlin College. He is also the Coordinator of the Graduate Diploma in Justice System Administration, and the Graduate Diploma in Democratic Administration. He teaches courses in Canadian public law, the Charter of Rights, judicial administration, program evaluation, political ethics, Canadian government, and public administration. He has been coordinator of York’s undergraduate program in public policy and administration, as well as the undergraduate director in the political science department. He was an associate dean in the Faculty of Arts from 1997 to 2000. He is associate director of York’s MPA Programme, and co-director of the professional development LLM programme in administrative law. He is a member of the Board of Directors of the Centre for Practical Ethics, and the Centre for Public Law and Public Policy. From 2003 to 2004, he was Chair of the York University Senate.

On the research front, Ian’s most recent book is The Courts, part of the Canadian Democratic Audit series. He was the principal author of Final Appeal, which was published in 1998 and co-authored with Carl Baar, Peter McCormick, George Szablowski and Martin Thomas. The book analyses decision-making in Canadian appeal courts, and is based on interviews with 101 of Canada s appellate court judges, including 8 of the 9 Supreme Court of Canada judges. Ian’s co-authored book with David Shugarman, Honest Politics, was published in March, 1997. His other books are The Charter of Rights (1989), and Judges and Judging (1990), with Peter McCormick. His publisher is James Lorimer & Co. As well, he was a member of the research team, led by Prof. Maureen Mancuso at the University of Guelph, which published A Question of Ethics (Oxford) in 1998. He is currently doing research into the impact of social science and historical evidence on the Supreme Court of Canada. He hopes to complete a new edition of The Charter of Rights soon. 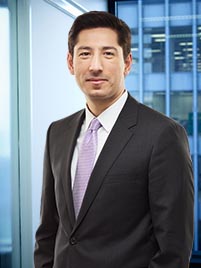 In his administrative law practice, Justin prosecutes and defends cases before various administrative tribunals, represents clients in judicial review proceedings and acts as independent legal counsel to a number of tribunals. He is an experienced litigator and has appeared several times before the Supreme Court of Canada, including as co-counsel for the appellants in the case of Hamlet of Clyde River v. Petroleum Geo-Services Inc., which raised issues at the intersection of administrative and Aboriginal law.

Justin frequently acts in defamation matters, with a particular interest in matters involving online defamation. He also has experience in related proceedings for extraordinary relief, including Norwich Pharmacal orders, injunctions, and de-indexing or “take-down” orders. Justin was counsel to an intervener before the Supreme Court in the recent Google v. Equustek case, which addressed whether search engines could be required to de-index websites from their search results.

Justin writes frequently on a variety of topics in both legal and mainstream publications, including the op-ed pages of the Toronto Star, the Globe and Mail and the Law Times. He is the co-editor of the Stockwoods LLP Administrative and Regulatory Law Case Review and currently serves as Vice-Chair of the Advocates’ Society Regulatory and Administrative Law Practice Group. He holds a JD from the University of Toronto and a BBA from Wilfrid Laurier University (gold medalist). Following law school, he clerked for the Honourable Justices Laskin, Goudge and MacFarland at the Court of Appeal for Ontario.

Lorne Sossin became Dean of Osgoode Hall Law School on July 1, 2010. Prior to this appointment, he was a Professor with the Faculty of Law at the University of Toronto (2002-2010). He is a former Associate Dean of the University of Toronto (2004-2007) and served as the inaugural Director of the Centre for the Legal Profession (2008-2010). Previously (1997-2002), he was a faculty member at Osgoode Hall Law School, and the Department of Political Science, at York University. His teaching interests span administrative and constitutional law, the regulation of professions, civil litigation, public policy and the judicial process. Dean Sossin was a law clerk to former Chief Justice Antonio Lamer of the Supreme Court of Canada, a former Associate in Law at Columbia Law School and a former litigation lawyer with the firm of Borden & Elliot (now Borden Ladner Gervais LLP).

Dean Sossin has published numerous books, journal articles, reviews and essays, including Boundaries of Judicial Review: The Law of Justiciability, 2nd ed. (Toronto: Carswell, 2010) (forthcoming); The Future of Judicial Independence (Toronto: Irwin, 2010) (co-edited with Adam Dodek); Civil Litigation (Toronto: Irwin 2010) (co-authored with Janet Walker); Parliamentary Democracy in Crisis (Toronto: University of Toronto Press, 2009) (co-edited with Peter Russell); Administrative Law in Context (Toronto: Emond Montgomery, 2008) (co-edited with Colleen Flood); Dilemmas of Solidarity: Rethinking Redistribution in the Canadian Federation (Toronto: University of Toronto Press, 2006) (co-edited with Sujit Choudhry and Jean-Francois Gaudreault-Desbiens); and Access to Care, Access to Justice: The Legal Debate over Private Health Insurance in Canada (Toronto: University of Toronto Press, 2005) (co-edited with Colleen Flood & Kent Roach). Dean Sossin served as Research Director for the Law Society of Upper Canada’s Task Force on the Independence of the Bar and has written commissioned papers for the Gomery Inquiry, the Ipperwash Inquiry and the Goudge Inquiry. He also serves on the Boards of the National Judicial Institute, the Law Commission of Ontario and is a Vice Chair of the Ontario Health Professions Appeal and Review Board and Member of the Health Services Appeal and Review Board. Dean Sossin served as Interim Integrity Commissioner for the City of Toronto in 2008-2009, and is currently the Open Meeting Investigator for the City of Toronto.

Mahmud Jamal’s national litigation practice includes the defence of class actions, banking litigation, constitutional and administrative law, competition/antitrust, pension, tax, copyright and other regulatory litigation. He has argued twenty-four appeals before the Supreme Court of Canada in many different fields and defended three class action merits trials. He has argued trials and appeals at all levels of court in Ontario, Quebec, British Columbia, Alberta, New Brunswick, Newfoundland & Labrador, at the Federal Court and Federal Court of Appeal, and before federal and provincial administrative tribunals such as the Competition Tribunal, the Ontario Energy Board, and the Financial Services Tribunal. He is a former law clerk to the late Mr. Justice Charles D. Gonthier of the Supreme Court of Canada and to Mr. Justice Melvin L. Rothman of the Quebec Court of Appeal. Mahmud is bilingual and has litigated trials and appeals conducted in French. 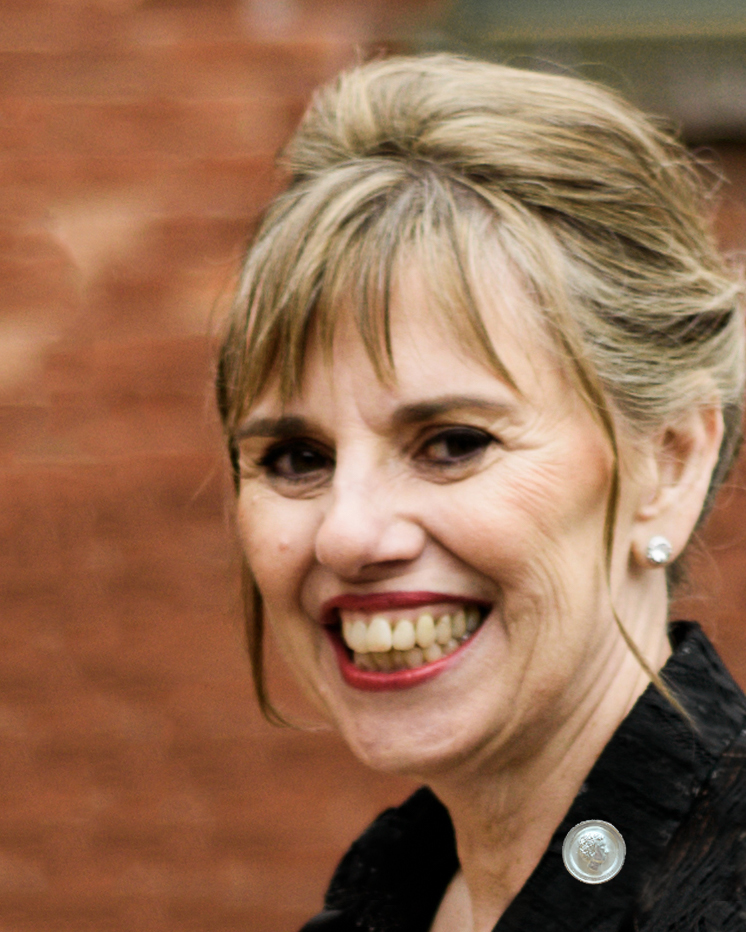 Nora Farrell has extensive experience in the field of Dispute Resolution and in fulfilling the Ombuds/man/person role in particular. She is the Ombudsperson at Algonquin/Liberty currently; previously, the Ombudsperson for Ryerson University, for the Canadian and International Franchise Associations and as the Manager of Complaint Resolution for the Ombudsman for Ontario. Nora’s education includes a Ph.D. and LL.M. from Osgoode Hall Law School and a Master of Education degree from UBC. Her recent publications include: Farrell, Nora J. “Access to Justice: The Ombuds Way” in Language Ombudsmen and Minority Protection (LES ÉDITIONS YVON BLAIS INC.) 2019; Paul Herfs, Jenna Brown, Nora Farrell and Ursula Meiser, “PhD Students and Ombuds: How ombuds contribute to civil, fair and productive PhD trajectories”, Occasional Paper for European Network of Ombuds in Higher Education, 2019; Nora Farrell, President, Forum of Canadian Ombudsman and Lorne Sossin, Dean and Professor, Osgoode Hall Law School “Fifty Years of Fighting for Fairness” May 2015 online: http://www.ombudsmanforum.ca/en.; Farrell, Nora J., “The Evolution of the Idiosyncrasy of the Role of the Ombudsman/person in Canada” in The Nature of Inquisitorial Processes in Administrative Regimes – Global Perspectives, Laverne Jacobs & Sasha Baglay (eds.) (Surrey, England: Ashgate Publishing Company) 2013.

Professor Paul Daly holds the University Research Chair in Administrative Law & Governance at the University of Ottawa. A graduate of University College Cork (B.C.L., LL.M.), the University of Pennsylvania Law School (LL.M.) and the University of Cambridge (Ph.D.), his influential, bilingual, award-winning scholarly work on public law – dozens of books, peer-reviewed journal articles, book chapters and shorter pieces – has been cited more than 100 times, including by the Supreme Court of Canada, various other Canadian courts and tribunals, the High Court of Australia, the Irish Supreme Court and the New Zealand Supreme Court. 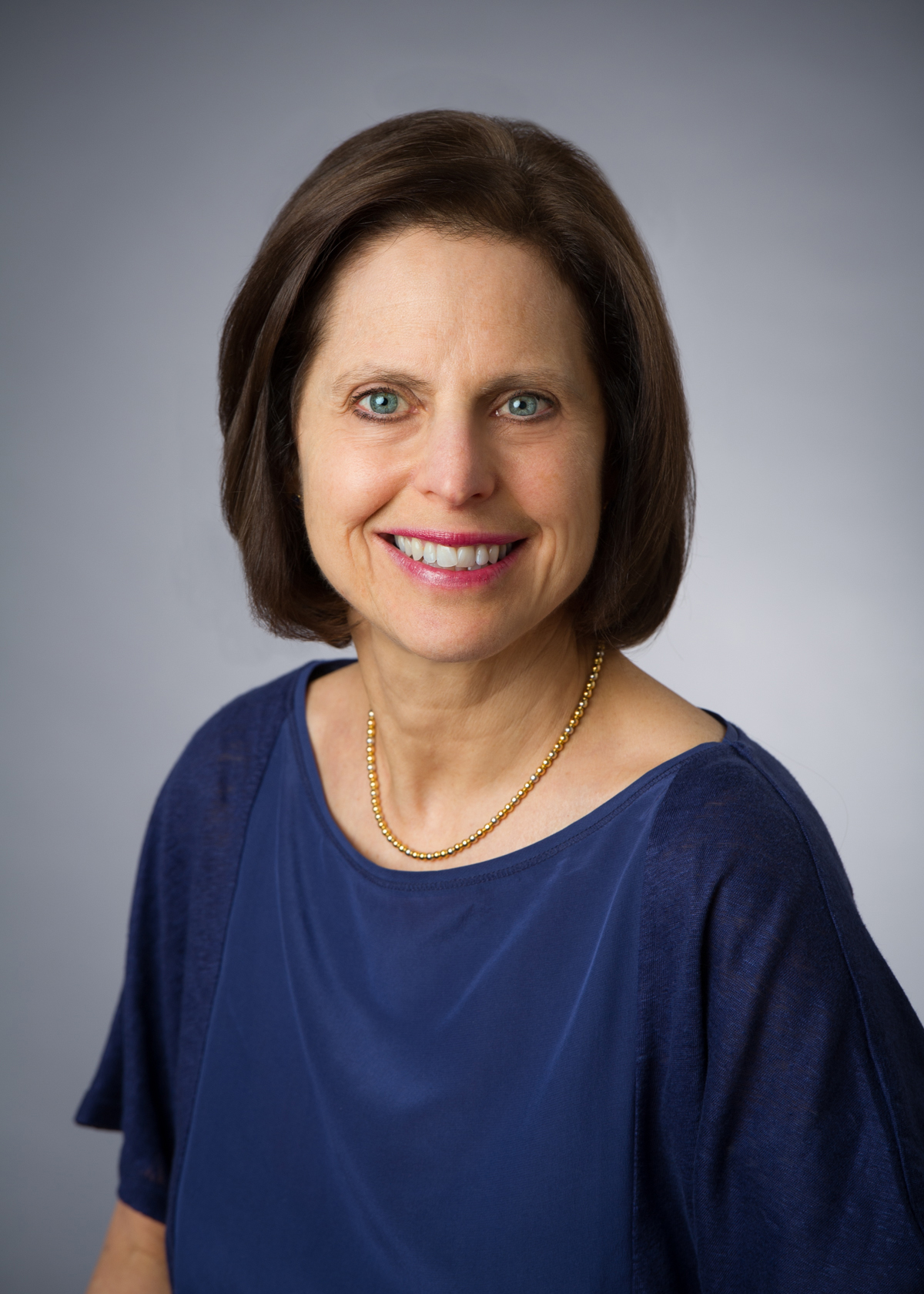 Ronda Bessner has taught for many years at law school, done extensive policy work, worked in law reform, served as an adjudicator at the Consent and Capacity Board, and she has played key roles in several public inquiries.Her law school teaching has been in the areas of evidence, public inquiries, criminal law, and youth justice. Her public inquiry work includes serving as Senior Legal Analyst or Senior Legal Adviser at seven public inquiries, including the Mass Casualty Commission, the Walkerton Inquiry, the Ipperwash Inquiry, the Collingwood Inquiry, and the Royal Commission on the Blood System in Canada. In addition, Ronda co-designed and co-facilitatedtwo roundtables and presented to three federal Cabinet ministers in relation to the Public Inquiry on Missing and Murdered Indigenous Women and Girls.Ronda is the co-author of Public Inquiries in Canada: Law and Practice, published in 2017, and is currently at work on the second edition of the book.Ronda is past President of the Women’s Law Association of Ontario, and she co-founded the first Canadian chapter of the Harvard Law School Women’s Alliance.In 2016, Ronda was awarded the Law Society of Upper Canada medal for outstanding service in the legal profession.Ronda received her Bachelor of Civil Law (BCL) and her Bachelor of Common Law (LLB) from McGill Law School. She received a Masters of Law (LLM) from Harvard Law School. 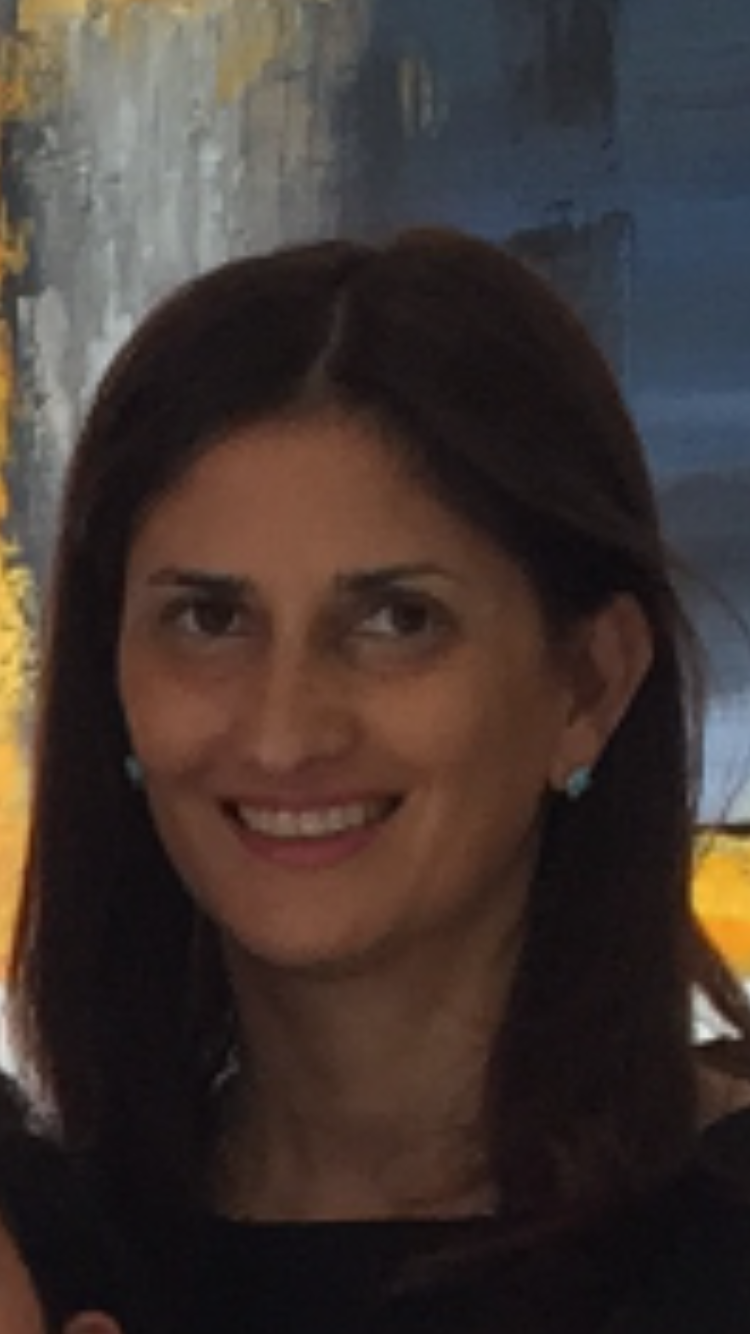 Ms. Sherry Darvish is a Deputy Judge at the Small Claims Court, a division of the Superior Court of Justice. Ms. Darvish is also a Vice-Chair at the Workplace Safety and Insurance Appeals Tribunal. She is also a Chair of the Discipline Committee at the Ontario Motor Vehicle Council. Previously, Ms. Darvish was tax counsel in the Tax Law Services Section of the Department of Justice.

Ms. Darvish teaches Legal Analysis and Writing and Administrative Law in the Osgoode Hall Masters of Law Foundations program. She has also taught Tax Law and Legal Accounting, as well as Advocacy at Humber College. She is a regular part of the faculty at the Adjudicator Training Courses and the Effective Decision Writing Courses held by the Society of Ontario Adjudicators and Regulators and Osgoode Profesional Development.