Warren J. Newman is Senior General Counsel in the Constitutional, Administrative and International Law Section of the Department of Justice of Canada. He has practiced constitutional law for more than thirty-five years. A part-time professor, sessional lecturer and doctoral teaching fellow, Mr. Newman has taught courses in public law, constitutional law and comparative constitutional law at the Faculties of Law of the University of Ottawa, Queen’s University and McGill University. He is also a Director of the Professional Development LL.M. Program in Constitutional Law at Osgoode Hall Law School of York University, where he leads a seminar on federalism and institutions of government.

Mr. Newman has represented the Attorney General of Canada as co-counsel before the Supreme Court of Canada in a number of significant constitutional cases, including the Senate Reform Reference, the Quebec Secession Reference, the Manitoba Language Rights Reference, Reference re Public Schools Act (Man.), and the Bilodeau, Brunet and Arsenault-Cameron cases.  He has appeared before provincial trial and appellate courts in the Bertrand and Henderson cases, and the Potter and Hogan cases concerning the validity of the Constitution Amendment, 1997 (Quebec) and the Constitution Amendment, 1998 (Newfoundland Act), before the Ontario Court of Appeal in the Lalonde (Montfort Hospital) case, and before the Federal Court of Appeal in the Pelletier and Gagliano cases dealing with constitutional conventions and parliamentary privilege.  He also advised the Minister of Justice and the Minister of Intergovernmental Affairs during the enactment of An Act respecting constitutional amendments, S.C. 1996, c. 1, and An Act to give effect to the requirement for clarity as set out in the opinion of the Supreme Court of Canada in the Quebec Secession Reference, S.C. 2000, c. 26, and on various Senate reform bills, the fixed-date elections legislation, as well as the Succession to the Throne Act, 2013, the constitutional validity of which he recently defended before the Superior Court and the Court of Appeal of Quebec in the Motard case. Mr. Newman has testified as an expert witness before numerous parliamentary committees dealing with constitutional matters and has spoken at many academic conferences.

Mr. Newman graduated with a diploma of collegial studies in Arts, a B.A. in history and political science, a B.C.L. in civil law and an LL.B. in common law from McGill University (1971-1981), where he was a University and a National Programme Scholar. He also received an LL.M. in constitutional law from Osgoode Hall Law School in 2004, and was awarded a Ph.D. in law at Queen’s University in 2019, with his doctoral dissertation on constitutional reform and amendment. He is a member of the Bars of Quebec and Ontario.

In 1989 Mr. Newman received the Deputy Minister of Justice’s Prize for Professional Excellence for his work in the field of language rights; in 1997, a Merit Award from the Deputy Minister for his contribution to the drafting of the Attorney General of Canada’s submissions in the Quebec Secession Reference; and in 1998, an Award of Distinction from the Minister of Justice for his commitment to Canada’s linguistic and legal duality.  In 2009 he was named Advocatus Emeritus by the Bar of Quebec to honour his career-length contribution to the legal profession, and in 2011, he became a Governor of the Quebec Bar Foundation. In 2013, he received the Queen’s Diamond Jubilee Medal for his contribution to constitutional scholarship, and in 2017, the Deputy Minister’s Achievement Coin commemorating the 35th Anniversary of the Canadian Charter of Rights and Freedoms.

From 1982 to 1984, Mr. Newman was the legal policy advisor to the Commissioner of Official Languages for Canada.  After working as a policy analyst in the Federal-Provincial Relations Office, Mr. Newman was seconded to the Human Rights Law Section of the Department of Justice in 1985 to develop the legislative proposals that led to the enactment of Bill C-72, the 1988 Official Languages Act.  He also acted as the instructing officer on the drafting of the legislation.  In 1990, Mr. Newman was appointed Senior Counsel and the first Director of the Official Languages Law Group of the Department.  In 1994 he was named Special Advisor to the Associate Deputy Minister, Public Law, with responsibility for coordinating constitutional law and policy advice on national unity issues, before joining the Canadian Unity and Constitutional Affairs Group in 1996 as Litigation Coordinator.  He became General Counsel and Senior Coordinator of the Group in 1997, prior to his appointment to the Constitutional and Administrative Law Section as General Counsel in 1999. He was appointed Senior General Counsel in 2007.

Professor Bruce Ryder joined Osgoode Hall Law School’s faculty in 1987.  His research and publications focus on a range of contemporary constitutional issues, including those related to federalism, equality rights, freedom of expression, Aboriginal rights, and Quebec secession. He has also published articles that explore the historical evolution of constitutional principles and is currently researching the history of book censorship in Canada. Research Interests: Public Law 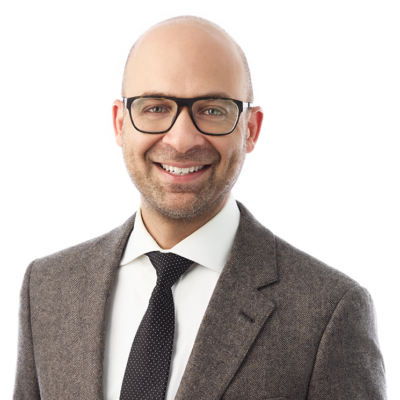 Faisal Bhabha is an Associate Professor at Osgoode Hall Law School in Toronto, Canada. He has researched and published in the areas of constitutional law, multiculturalism, law and religion, disability rights, national security and access to justice. He teaches constitutional law, human rights, legal ethics, and appellate advocacy. Previously, he sat as Vice-chair of the Human Rights Tribunal of Ontario (2008-2011). He maintains a varied public and private law practice, appearing before administrative boards and tribunals and at all levels of court, including the Supreme Court of Canada. He advises and represents a variety of individuals and public interest organizations in matters pertaining to constitutional law and human rights. He has appeared as an expert witness before Canadian parliamentary committees and served as a member of the Equity Advisory Group of the Law Society of Ontario. He has lived and worked in the Middle East and South Africa, and has lectured and taught in many countries. He is currently a senior editor with the International Review of Human Rights Law. 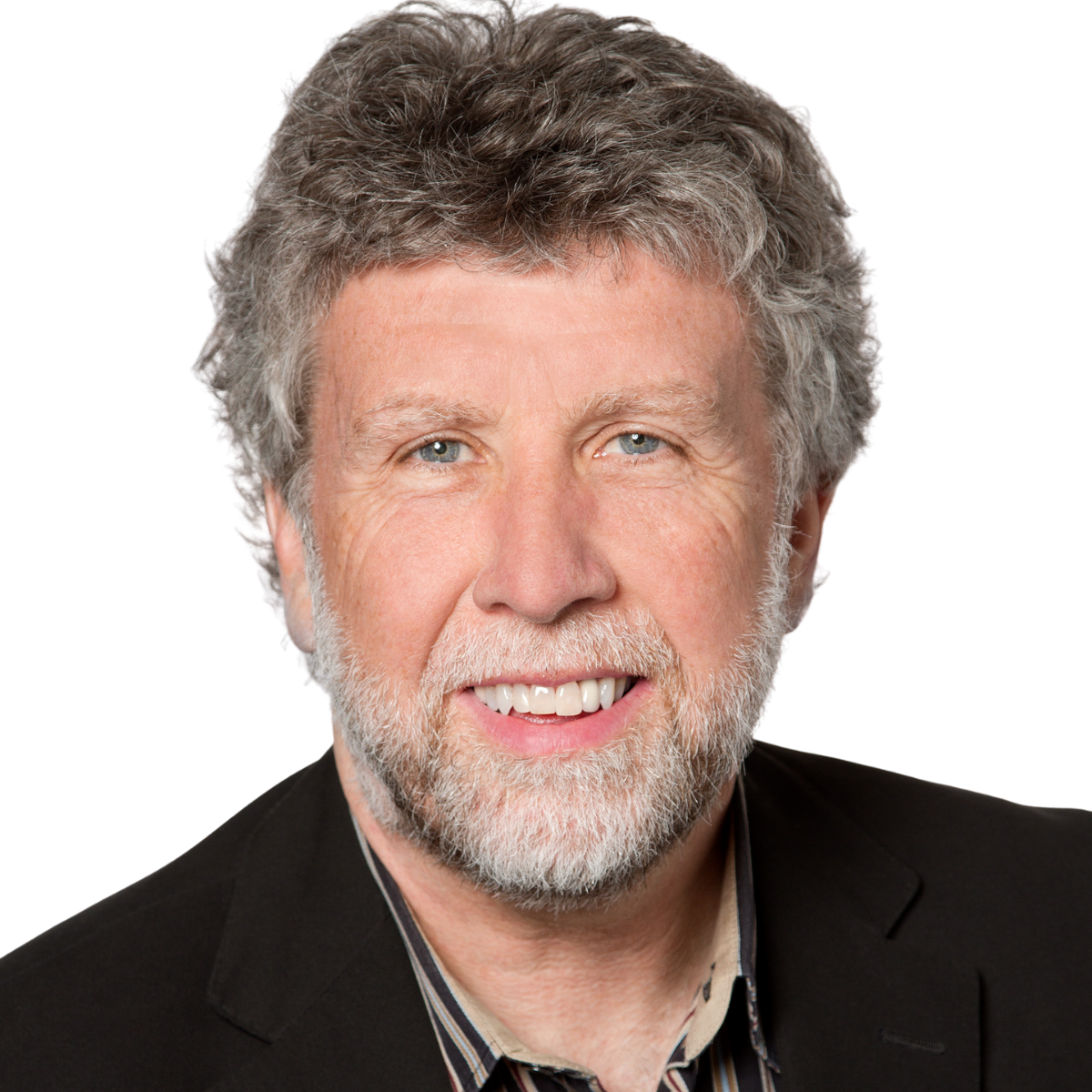 A member of Osgoode’s faculty since 1982, Professor Allan Hutchinson served as Associate Dean from 1994 to 1996 and later, in 2003, he was named Associate Dean (Research, Graduate Studies and External Relations). Professor Hutchinson is a legal theorist with an international reputation for his original and provocative writings. He was elected to the Royal Society of Canada in 2004 and named a Distinguished Research Professor by York University in 2006.  His research interests are law and politics; legal theory; the legal profession; constitutional law; torts; jurisprudence; civil procedure; and racism and law. As well as publishing in most of the common-law world’s leading law journals, he has written or edited many books. Much of his work has been devoted to examining the failure of law to live up to its democratic promise. His latest publications are Evolution and the Common Law (Cambridge University Press, 2005) and The Companies We Keep: Corporate Governance for a Democratic Society (Irwin Law, 2006). In 2007, he received the University-wide Teaching Award and was a Visiting Professor at Harvard Law School.

Bryant Greenbaum is a lawyer and academic. He completed his law degree at Osgoode Hall Law School and he completed his PhD degree at the University of Cape Town in South Africa. Formerly he was the Director of Legal Services at the African Canadian Legal Clinic, and the Director of the Integrated Justice Cluster with the Department of National Treasury, in South Africa.

Professor Jamie Cameron has been a full-time member of the faculty at Osgoode Hall Law School since 1984. She holds law degrees from McGill University and Columbia University, clerked at the Supreme Court of Canada for the Hon. Justice Brian Dickson, and was on the faculty at Cornell Law School before joining Osgoode.   Today, Professor Cameron is one of Canada’s senior constitutional scholars, whose research and teaching interests focus on the Charter of Rights and Freedoms, freedom of expression and the press, the Supreme Court of Canada, criminal law, American constitutional law, and judicial biography. She is a past editor-in-chief of the Osgoode Hall Law Journal, and a co-guest editor of two special issues (2013) and (2014, forthcoming). She has written extensively in these areas and has been the editor and co-editor of a dozen book collections, including the annual Constitutional Cases volumes, The Charter’s Impact on the Criminal Justice System, Reflections on the Legacy of Justice Bertha Wilson, and The Charter and Criminal Justice: Twenty-Five Years Later. She has chaired and co-chaired many conferences and events, which include Osgoode’s Annual Constitutional Cases conference (17th in 2014); a 25th anniversary conference on the Charter and criminal justice (2007); In the Public Interest: The Law and Ethics of Investigative Journalism (2011); Rights, Constitutionalism and the Canadian Charter of Rights and Freedoms (2012); a symposium in honour of Professor John McCamus (2013); and Part XX.1 of the Criminal Code: Not Criminally Responsible and Lessons from Bill C-54 (fall 2013). She has been a Director and Vice-President of the Canadian Civil Liberties Association for 20 years, and for 10 years served on the Board of Directors for the BC Civil Liberties Association. She has represented the CCLA in cases at the Supreme Court of Canada. In 2012, Professor Cameron completed a six-year term on the Academic Freedom & Tenure Committee of CAUT, and was recently appointed a Director of the Harry Crowe Foundation. She was on the Board of Trustees of the McMichael Canadian Art Collection from 2004 to 2012, and served as vice-chair of the McMichael from 2011 to 2013. In addition to the CCLA and the Harry Crowe Foundation, she is currently a member of the Ontario Review Board and sits on the Board of Directors for Canada’s National Ballet School. Research Interests: Public Law, Criminal Law

The vast bulk of his career has been devoted to law and policy relating to the relationship between the Crown and the Indigenous Peoples of Canada. He has been involved in all major Supreme Court of Canada cases dealing with the development of Section 35 of the Constitution Act, 1982 starting with the Sparrow decision in 1990. He has been counsel in several appeals before the Supreme Court of Canada, in cases involving aboriginal rights law, the division of powers and equality law.

He holds degrees in Political Science from Memorial University of Newfoundland and the University of Oxford (which he attended as a Rhodes Scholar).

His 2015 doctoral dissertation is entitled “The Political Theory of Reconciliation in the Section 35 Jurisprudence of the Supreme Court of Canada”.

He is a recipient of the Queen’s Jubilee Medal.