John Craig is a partner who practises exclusively in the area of labour, employment and pensions law. He provides proactive strategic advice to employers, and represents them in collective bargaining and before arbitrators, labour relations boards, human rights tribunals, and the courts. As a member of the firm’s International Labour Law practice group, John has regularly represented Canadian employers at meetings of the International Labour Organization (ILO) and the Inter-American Conference of Ministers of Labour (IACML). He represented Canadian employers at the Sixth Summit of the Americas in Cartagena, Columbia in 2012, and at the Organization of American States General Assembly in Cochabamba, Bolivia in 2012. John also advises Canadian, foreign and multinational employers on a full range of cross-border and international labour matters. He assists clients on labour aspects of corporate social responsibility, including drafting and implementing workplace codes of conduct applicable to overseas and supply chain operations, and he manages projects for multinational clients involving multi-jurisdictional reviews of human resource policies. John began his career as a law clerk to Chief Justice Antonio Lamer and Justice Charles Gonthier of the Supreme Court of Canada, in 1994. He holds masters and doctoral degrees in comparative and international labour law from the University of Oxford and is an Assistant Professor with the University of Western Ontario Faculty of Law, where he has been teaching since 1999. John is the author of Privacy and Employment Law (Hart Publishing, 1999), a book that examines the transposition of human rights law into the workplace, and the co-editor of Globalization and the Future of Labour Law (Cambridge University Press, 2006), a collection of essays that addresses the implications of globalization on national and international labour laws. He has published numerous articles related to international labour law in journals such as the Canadian Labour & Employment Law Journal, the Comparative Labour Law & Policy Journal, the Industrial Law Journal, and the European Human Rights Law Review. He has also spoken at numerous academic and practice-focused conferences on subjects related to international labour law, anti-discrimination, privacy, and constitutional law. John is recognized as a leader in Management Labour and Employment Law in Canada in the 2010, 2011 and 2013 editions of Who’s Who Legal. John joined Heenan Blaikie in 2001 after first practising with another prominent national law firm.

Sara Slinn joined the Osgoode faculty in 2007, after five years at Queen’s Faculty of Law. Professor Slinn’s research interests are in the areas of labour and employment law, focusing on different approaches and impediments to collective employee representation, and the intersection of Charter rights and labour law. Reflecting her interdisciplinary graduate work, including a PhD in Industrial Relations from the University of Toronto, Professor Slinn’s research is interdisciplinary and uses empirical methods of analysis. She has also practised labour and employment law with both the British Columbia Labour Relations Board and a private law firm in Vancouver. Research Interests: Labour Law, Employment Law, Industrial Relations, Constitutional Law, Contracts

Alan Bogg received his undergraduate and graduate education in Oxford, being awarded his BA in Law (first class) in 1997. Thereafter, he was awarded the degrees of BCL (first class) and DPhil. Following a period as a lecturer at the University of Birmingham, Alan returned to Oxford in 2003 to take up his fellowship at Hertford College. Alan’s research focuses predominantly on theoretical issues in domestic, European and International labour law. His book ‘The Democratic Aspects of Trade Union Recognition’ was published in 2009 by Hart Publishing. It was awarded the SLS Peter Birks’ Prize for Outstanding Legal Scholarship in 2010. The book has been reviewed in the Cambridge Law Journal, Law Quarterly Review, Modern Law Review, Industrial Law Journal, British Journal of Industrial Relations, International Journal of Law in Context, Industrial Relations Journal (UK), Journal of Industrial Relations (Australia), Osgoode Hall Law Journal, and Canadian Journal of Employment and Labour Law. Additionally, his work in labour law has been published in a wide variety of international journals.

He is currently coordinating a Leverhulme International Research Network with Professor Tonia Novitz at the University of Bristol following the successful award of a large scale grant. Details of the network’s activities can be found here: www.voicesatwork.org.uk. The network includes academics from Stanford, Osgoode Hall, and Monash Universities. Additionally, current research projects include: the intersection between migrant status and labour rights; European Social Dialogue and theories of deliberative democracy; and the constitutionalisation of freedom of association in comparative perspective. His work has been cited by Advocate Generals in the Court of Justice of the European Union in respect of working time regulation. Most recently, his work was cited with approval by the United Kingdom Supreme Court on the issue of sham contracts of employment in Autoclenz v Belcher. He is a member of the Executive Committee of the Institute of Employment Rights.

Chris Rootham is a partner with Nelligan O’Brien Payne LLP, and practises in the Labour Law and Employment Law groups. He advises employees and trade unions in issues related to labour, constitutional law, administration, privacy, and personal information. As the Director of Research for the firm, Chris assists all lawyers and consultants with complicated legal research. He currently co-teaches the Employment Law course at the University of Ottawa. He has also taught written advocacy to moot court students, participated in the Dean’s Research and Writing Fellows Program, and taught Labour Law at Queen’s University. After Chris clerked at the Federal Court of Appeal, he completed a Masters of Labour Law degree at the London School of Economics. Chris is the author of Labour and Employment Law in the Federal Public Service. This resource explains the complex laws and regulations governing the federal public service in Canada. Chris enjoys the puzzle of the law, piecing together and solving a problem using legal knowledge and mechanisms. He can often be found poring over law reports, and he is dedicated to remaining up-to-date with legal trends. Chris is committed to his clients, and always strives to be responsive and accessible to them. Outside of the office, Chris likes to be involved in sports. He has curled for almost ten years, and is currently convener for the RA Centre for their mixed curling league. Chris also jogs and regularly plays Ultimate Frisbee.

Claire Mummé is an Assistant Professor at the University of Windsor Faculty of Law where she teaches contract law, labour law and employment law. Claire is a former SSHRC Joseph-Armand Bombardier CGS Doctoral Scholar and a former McMurtry Fellow of the Osgoode Legal History Society. Her research focuses on law’s distributional effects and its role in structuring institutions of the market, as examined through the legal regulation of waged-employment. For a full bio click here. 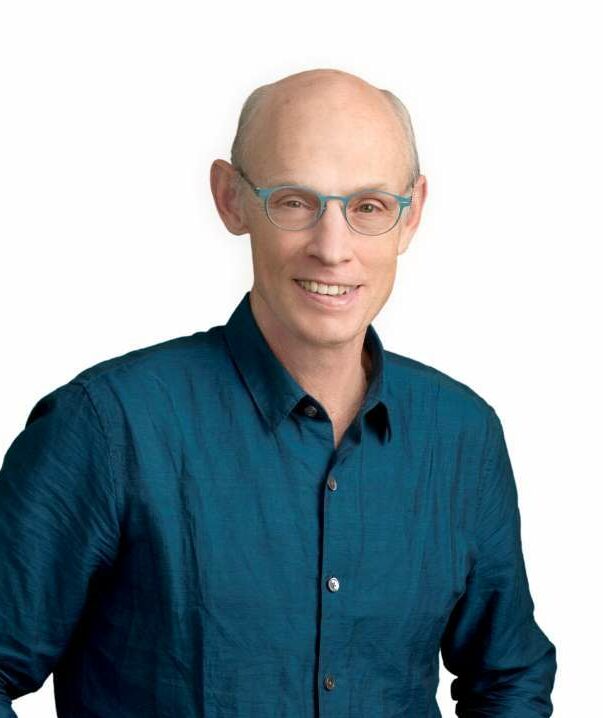 He has authored and edited numerous books on a wide range of labour and employment law topics, including the history of occupational health and safety regulation and collective bargaining. His more recent publications have addressed the enforcement of protective labour laws and migrant agricultural workers.

Hazel Oliver is currently a part-time research and training lawyer at Lewis Silkin LLP, specialising in employment law. Hazel sits as an Employment Judge at the Bristol Tribunal dealing with workplace disputes, and as a Judge in the Information Rights Tribunal dealing with appeals against on freedom of information requests and data protection enforcement. She has a Masters degree in law from the University of Oxford and University of Toronto, and has previously taught labour law at the London School of Economics.

– Director, Centre for Law in the Contemporary Workplace, Faculty of Law, Queen’s University
– Articles editor, Canadian Labour and Employment Law Journal.
– Appointed by the United States of America and the Republic of Guatemala to chair an international arbitral panel in a case of alleged non-compliance with labour provisions of an international trade agreement between the parties
– Member, Advisory Committee on Private Commercial Disputes to the North American Free Trade Commission.
– From 2001 to 2007 held senior positions in the Federal Public Service:
– Director General, Labour Policy and Workplace Information
– Director of Research with the Federal Labour Standards Review Commission (responsible for research and analysis on behalf of Commissioner Harry Arthurs in the first comprehensive review of labour standards in the federal sector since 1965); and
– Director, Inter-American Labour Co-operation (responsible for the office that negotiates and implements Canada’s trade-related labour agreements in the Americas, and for managing Canada’s participation in Inter-American Conference of Ministers of Labour)

Michael Lynk is Associate Professor at the Faculty of Law, Western University, London, Ontario, Canada. He joined the Faculty in 1999, and has taught courses in labour, human rights, disability, constitutional and administrative law. He served as Associate Dean of the Faculty between 2008-11.Professor Lynk is the co-author, with Michael Mac Neil and Peter Engelmann, of Trade Union Law in Canada (Thompson Reuters). He is the co-editor, with John Craig, of Globalization and the Future of Labour Law (Cambridge University Press, 2006), and the co-editor, with Susan Akram, Michael Dumper and Iain Scobbie, of International Law and the Middle East Conflict (Routledge, 2011). He is a contributing author to Employment Law in Canada (4th ed.), with Peter Barnacle as principal revising author.He has served as a labour arbitrator since 2000. Since 2007, he has been a vice-chair and arbitrator with the Ontario Grievance Settlement Board.In January 2015, Professor Lynk was named to the Mayor of London’s Honours List for his work on humanitarian issues.In May 2016, the United Nations Human Rights Council appointed Professor Lynk as Special Rapporteur for the human rights situation in the Palestinian Territory occupied since 1967 for a six-year term. In his capacity, he delivers regular reports to the UN General Assembly and the Human Rights Council on human rights trends in the OPT.