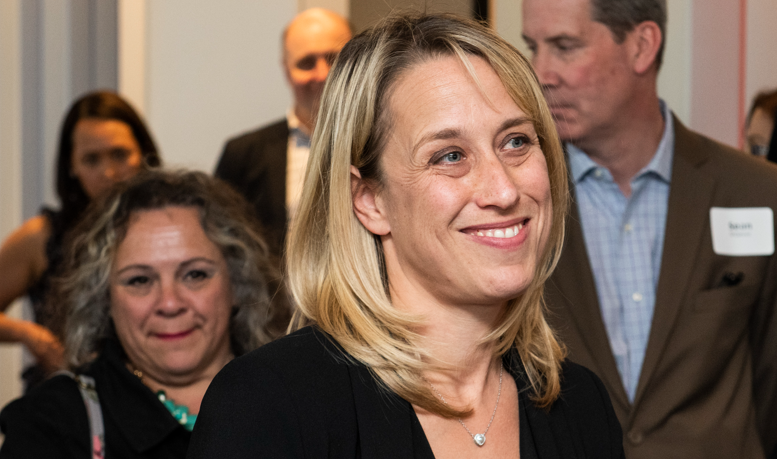 At OsgoodePD, we frequently talk about our ‘top-notch’ and ‘world class’ instructors. But rather than talk about them, we thought we should introduce our incredible faculty to you.

As part of the instructor spotlight series, we had a chance to catch up with Martha Simmons, Program Director of the Osgoode LLM in Dispute Resolution, and continue the conversation a year after her inauguration as the academic director.

Professor Simmons has also been a full-time faculty member of the Osgoode’s JD program since 2017, and an Academic Director of the Winkler Institute. She was the recipient of an Osgoode Hall Law School Teaching Award in 2013 for her work in both the JD and Graduate Programs.

How has the LLM in Dispute Resolution evolved since you were a student of the program in 2009?

Many aspects of the LLM in DR have remained the same since 2009. Its world-class faculty, diverse student population and interactive academic setting are hallmarks of the program. In the last couple years, we have tried to increase the course offerings, including courses in Online Dispute Resolution, Family Dispute Resolution and Creativity to the roster of elective courses.

Can you share a favourite memory/story as a student in the LLM in Dispute Resolution program?

The biggest takeaway from the LLM program has been the professional relationships I have developed. Each cohort becomes a network of friends and colleagues and these relationships last long after the program is complete. I have had many of my cohort friends come present in my classes over the years and mentor other JD and LLM students.

After completing the program, what led you to pursue a full-time career in academia?

As I conducted the academic research throughout the LLM program, I became increasingly interested in the complexity of the theories that related to dispute resolution practice. It was an eagerness to continue this pursuit that led me to enroll in the PhD program immediately following the LLM. From there, I was very fortunate to be given the opportunity to direct the Osgoode Mediation Clinic and then to join the faculty.

Who is this program for?

The students in this program have diverse backgrounds. Some students take this program as a bridge to a career shift, from traditional legal practice to dispute resolution practice. Others take the program to add a theoretical framework to the dispute resolution work they are already doing. Still others pursue the LLM as a means to further academic work. No matter the reason for initially embarking on the LLM, students who seek an advanced academic program with considerable interaction with colleagues and faculty will find themselves fulfilled.

Why would you recommend the LLM in Dispute Resolution?

The LLM program is unique in its ability to draw students from across the country to engage in academic dialogue and practical work on dispute resolution. It is the only program of its kind in Canada and among only a few in North America.

What’s in store for the program in the near future?

With the onset of COVID-19, we have also shifted to an online format, which is a shift that we will likely consider maintaining for at least some of our courses. We are also always trying to find opportunities for students to get practical experience outside of the classroom, an effort we will continue.

Want to know more about the Professional LLM in Dispute Resolution? Sign up for an Information Session!